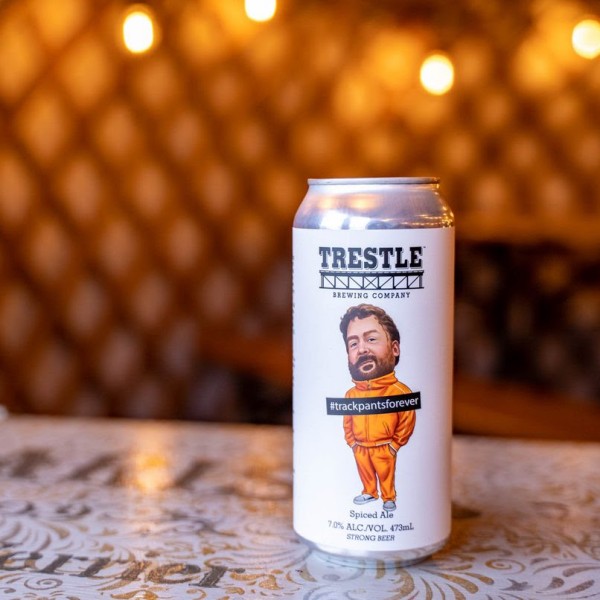 PARRY SOUND, ON – Trestle Brewing has announced the release of its latest small batch seasonal ale.

Don’t want to return to the office environment? Have you been working from home for a while? Do you admit to doing virtual meetings dressed biz casual up top with pajama bottoms desktop down? We want you to know you are not alone in your quest to stay working from home. The world has changed a lot so we thought we would remind you of a little-known superhe­ro who has been around a long time fighting for your cause… Sweatsedo Man – The Velour Connoisseur. Not all superheroes wear capes!

This beer is inspired by homemade oatmeal raisin cookies. We toasted the flaked oatmeal transforming normally boring white oats into golden nutty brown deliciousness. We then added raisins and English crystal malt that is noted for having predominantly raisiny flavours. To keep the spice levels right we made a tincture of cinnamon, nutmeg, and clove that we dosed into the Brite Beer Tank.