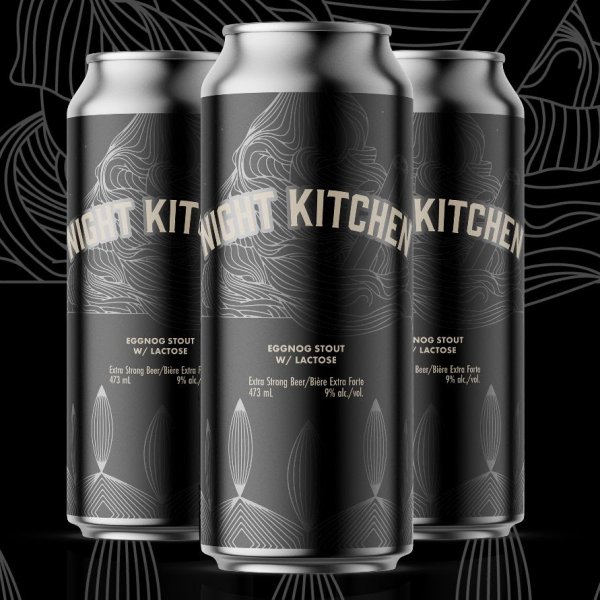 We start with a full-bodied milk stout and judiciously layer flavour upon flavour to create a beer that is like dessert in a glass, while drinking like a well-balanced beer. For our third iteration of this winter favourite we blended eight malts for a rich, complex body and added brown sugar, milk sugar, nutmeg and vanilla to create a decadent beer that smacks of that most glorious holiday favourite – a mug of eggnog.

Night Kitchen is available now at the Cabin taproom and retail store, and select beer retailers in Calgary.