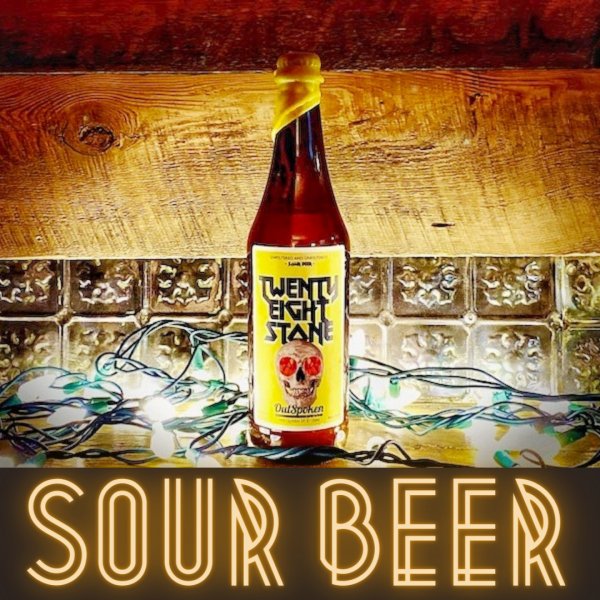 A labour of love, Twenty Eight Stone has been watched meticulously over the past three months. Notes of stone fruit and sweet tangerine dance in the mouth while tart and slightly acidic citrus tickle the back of the palate. Powerful to start and smooth to finish with a hazy pale gold hue, each sip is an adventure.

The brewery also provides the following explanation for the name of the beer:

Twenty Eight Stone is available now in a limited run of wax-dipped bottles at the OutSpoken Brewing retail store.