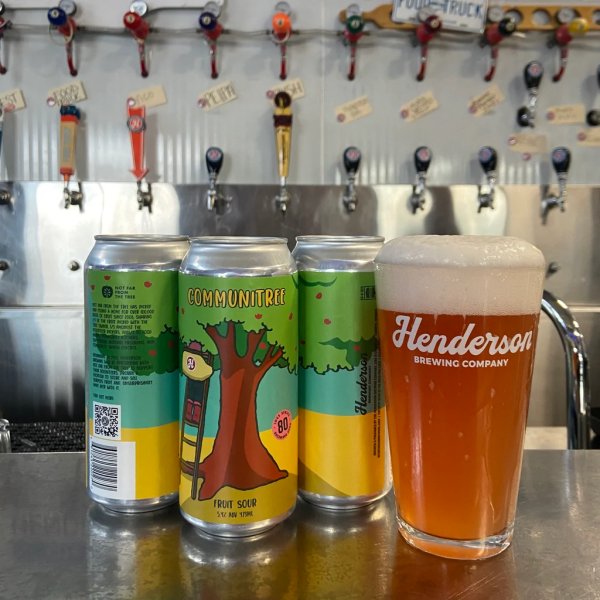 TORONTO, ON – Henderson Brewing has announced the 80th release in its Ides Series of small batch beers, with this month’s edition also serving as a collaboration with a unique local community organization.

One day a woman named Laura was remarking at all the fruit on Toronto sidewalks and an idea struck her. Now a few years later the organization she started, Not Far From The Tree, has rescued over 100,000 kilos of fruit from front and back yards all over the city. Next year we are planning to work with them a lot, supporting their volunteers, helping them raise awareness and money; as well as using their fruit to make beer.

As a bit of a teaser for what is to come, we present Communitree Fruited Sour, a tart, fruity, refreshing sour ale that finishes slightly dry, encouraging another sip. Great acidity that cuts through the rich, decadent meals of the holidays with a juicy reminder that warmer days will eventually return.