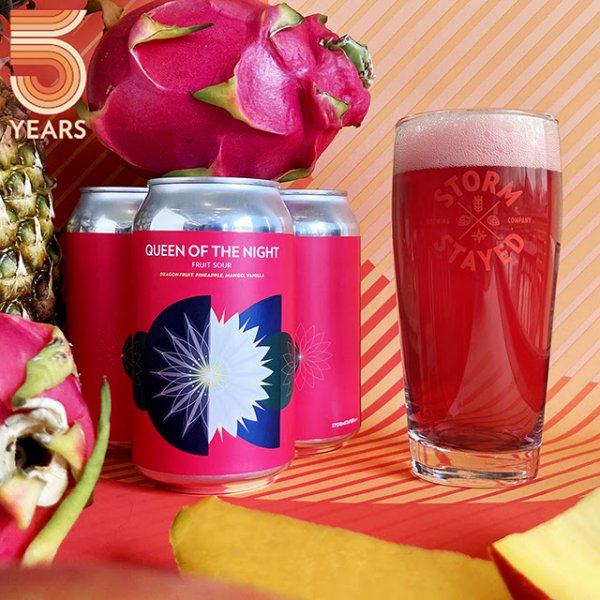 LONDON, ON – Storm Stayed Brewing has announced the fourth in a series of five beers debuting throughout December to mark the brewery’s upcoming 5th anniversary.

Our fourth of five anniversary releases is a lactose-free Sour Ale loaded with fruit from the tropics. The name refers to the spectacular, nocturnal flowers of the dragon fruit cacti. Pinkish red in appearance, the sour wheat base provides a suitable backdrop that’s balanced by the sweet flavours of pineapple, and mango, while being amplified by additions of vanilla.

Queen of the Night is available now at the Storm Stayed taproom and online shop.