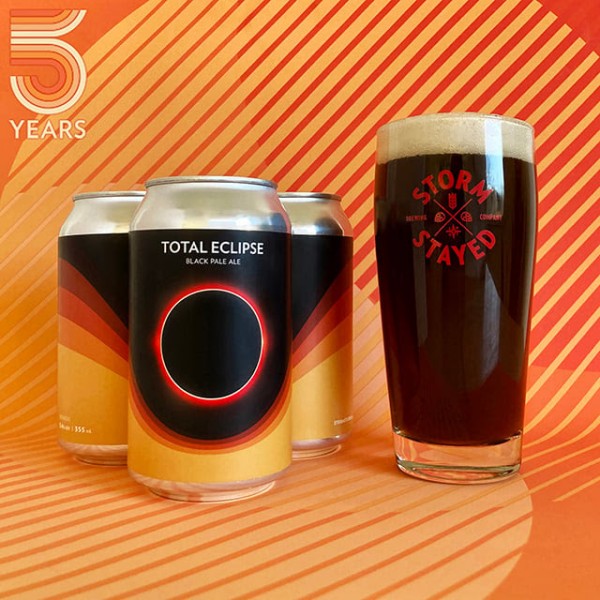 LONDON, ON – Storm Stayed Brewing has announced the last release in a series of beers marking the brewery’s upcoming 5th anniversary.

Our fifth and final release that celebrates our 5 Year Anniversary is the antithesis of Sunburst, our flagship pale ale. Made near-black by way of Sinamar, a liquid derived from debittered Carafa malt, Total Eclipse channels West Coast vibes with notes of grapefruit and pine while avoiding any unwanted notes of roast that one might expect in a dark beer. It’s a complex play of contrast, pitting appearance and flavour against each other.

Total Eclipse is available now at the Storm Stayed taproom and online shop.