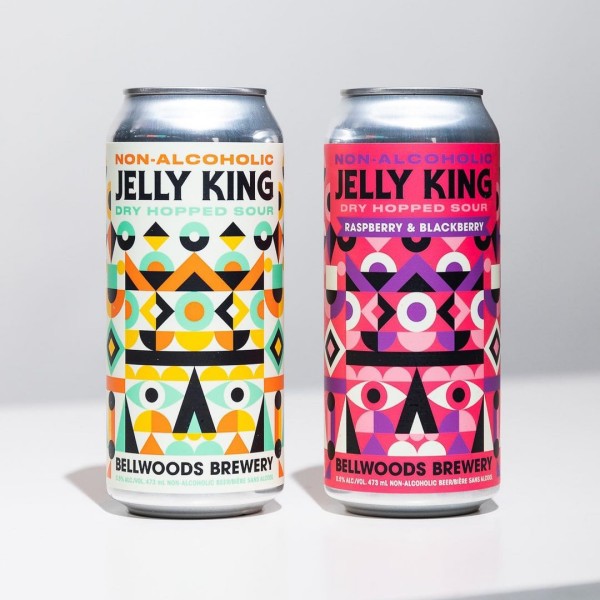 TORONTO, ON – Bellwoods Brewery has announced the release of a alcohol-free version of one of its favourite flagship brands, in both original and fruit-flavoured forms.

Non-Alcoholic Jelly King is the culmination of our efforts to make a non-alc beer in Jelly King’s image, and one that can convincingly wear the Jelly King crown. We don’t often toot our own horn, but we’re really happy with it! And, because we know that Jelly King fans are partial to the original version AND its myriad fruited versions, we are releasing both right off the bat.

Jelly King translates well to a non-alc version, as many of the flavours that make it so nice to drink come from the yeast and the bacteria used in the brewing process. We sour the base of both the beer and the non-alc in the same way, and this results in interesting, predominantly peachy characteristics brought on by mixed fermentation.

Both versions of Non-Alcoholic Jelly King are available now at both Bellwoods retail stores and the brewery’s online shop.