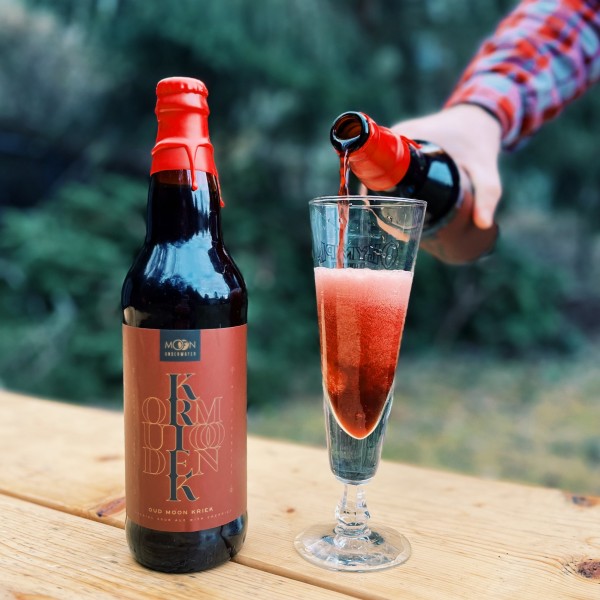 VICTORIA, BC – The Moon Under Water Brewery & Pub has announced the release of a new beer inspired by the classic sour ales of Belgium.

Two years ago we set out to brew our version of a traditional lambic-style ale. We first created a turbid mash from locally grown barley and raw wheat from Field Five Farm (before they were malting), then fermented the wort in French oak barrels using a collection of wild yeasts and bacteria. After 18 months we added lactose sugar and BC Grown dark cherries and fermented the ale dry to 8.4% ABV.

The result is a delicate balance of sweet & sour. Huge ripe cherry notes burst onto the palate of this intense and complex sour. A velvet acidity of bright tannic and lactic notes coat the tongue as hints of vanilla and almonds round out the mouthfeel.

Oud Moon Kriek is available now at The Moon Under Water and select private liquor stores.

Source: The Beer Loop
Photo: The Moon Under Water