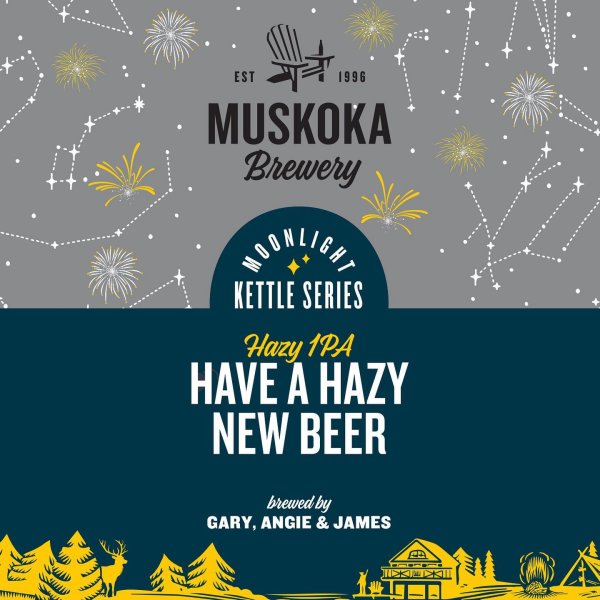 The January Moonlight Kettle brew team are always in pursuit of the next great hazy brew. Instead of chasing the haze craze, they set out to make their own hopped up, juicy American IPA! With a soft and thick mouthfeel, this beer is bursting with citrus, tropical, and stone fruit flavours thanks to a huge line up of unique hopes such as Riwaka, Mosaic, Amarillo, Simcoe and Motueka!

Have a Hazy New Beer is available now at the Muskoka Brewery retail store and online shop.