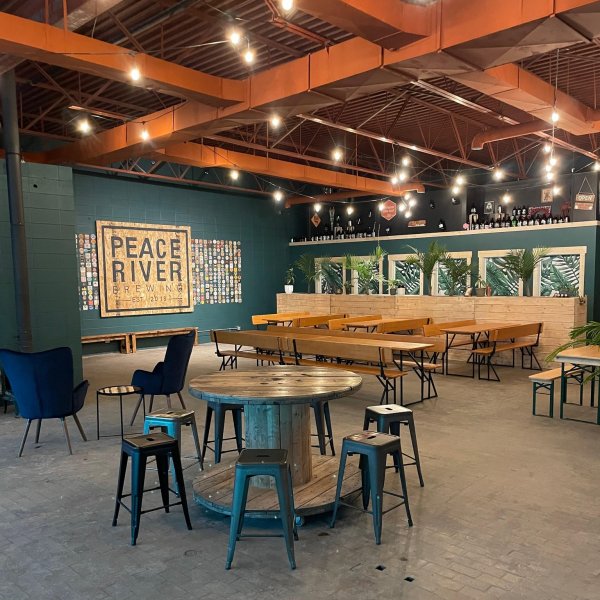 PEACE RIVER, AB – Peace River Brewing has announced that its new and larger location is now open in its namesake Alberta community.

The brewery was opened in early 2018 by Tyrell Kehler and Medrey Bond, and operated in its original spot on 94th Street until the end of 2022, when it closed for the final transition to its new home in a former Liquidation World store at 10028 101st Street.

Following a soft opening last weekend, the new taproom and retail store officially opened to the public yesterday (January 18th), with business hours of 4:00 to 8:00 PM on Wednesday and Thursday, and 1:00 PM to 8:00 PM on Friday and Saturday.