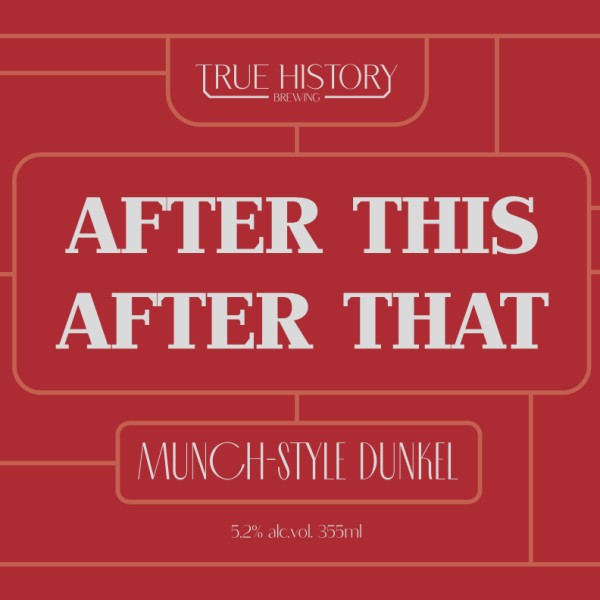 TORONTO, ON – True History Brewing has announced the release of its latest traditional lager.

After This After That Munich-Style Dunkel (5.2% abv):

First beer of 2023 and who would have thought we’d already be making mistakes? Not us. You might notice the label says “Munch” style Dunkel, which is just great, but it is in fact a Munich-Style Dunkel.

Double decoction mash and a twelve week fermentation means this beer is dangerously smooth. Tons of that beautiful dark malt character, very crisp, and just the perfect hints of dried fruit on the nose. This is a wicked beer and one that we’re very proud of.

After This After That is available now at the True History taproom and retail shop.