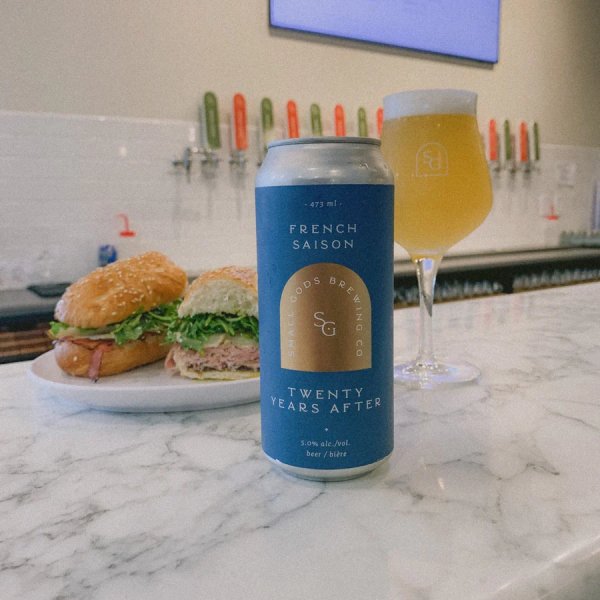 SIDNEY, BC – Small Gods Brewing has announced the release a new beer inspired by the sequel to The Three Musketeers by Alexandre Dumas.

The Saison style of beer is a historic style that originated in the French speaking part of Belgium, originally brewed in on farms for their workers. Our take on this style has rich perfume aroma, spice, flavours of slight clove & peaches, with smooth body.

Twenty Years After is available now at the Small Gods taproom and retail shop.