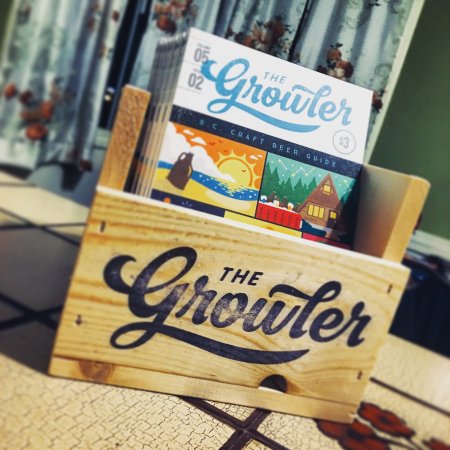 VANCOUVER, BC – The Summer 2019 issue of The Growler – a quarterly guide to British Columbia’s craft brewing scene – is now available.

In addition to listings for more than 180 breweries throughout the province, the latest edition features a variety of editorial content, as described by editor Rob Mangelsdorf:

One thing that never ceases to amaze me is how the craft beer scene in B.C. is in a constant state of evolution. Take Victoria, for example. The birthplace of craft beer in Canada has been slow to adopt the tasting room, but breweries like Phillips and Île Sauvage have recently changed that, ushering in a new era of craft beer in the capital.

Meanwhile, in Wine Country, craft beer is booming. With three new breweries open in the past year, and another five on the way, Kelowna is quickly becoming a craft beer destination in its own right. In fact, dozens of new breweries are currently being planned all over the province, many of them in mid-size cities like Kelowna, Langley, and Comox Valley. And if you’re looking for the best way to experience them all, Joe Wiebe has come up with bike tour itineraries for every region of B.C.

The Growler Volume 5 Issue 2 is available now at breweries, liquor stores, newsstands, and other retailers throughout British Columbia. It can also be purchased online individually or as part of an annual subscription, and select articles are available to read on the magazine’s website.