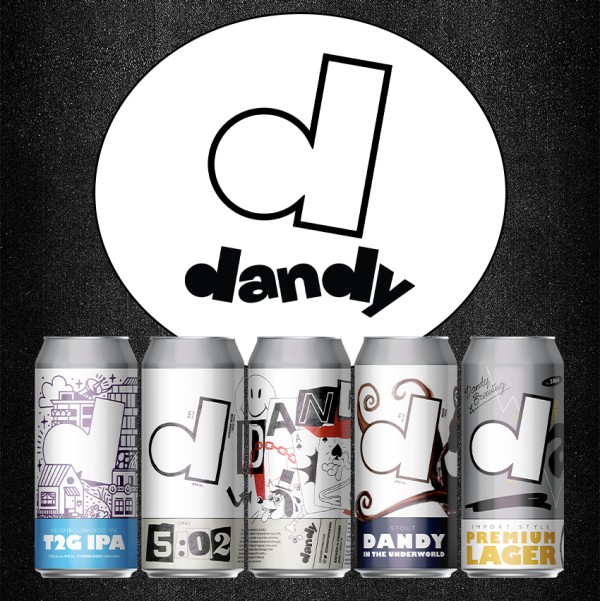 CALGARY, AB – The Dandy Brewing Company has announced that after 8 years in business, it’s “ready to shake it up [and] have some fun” with a new visual identity for its beers and related branding.

This new chapter extends to all areas of the company from label design, social media presence and merchandise to tasting room and glassware. The new brand doubles down on Dandy’s inspirations of individuality, embracing our internal motivators and chasing our desires.

“Dandy” is moving from a focus on Dandy as a noun (celebrating those considered a Dandy) to Dandy as an adjective, (we’re all Dandy in some way). Being Dandy is celebrating who you are and what you love, whether you fit into the mainstream or not. Dandy creative director Jag MacKenzie describes it as “owning one’s birthmarks”.

In addition to the new look, Dandy is also launching a new year-round beer, 5:02 IPA, which is described as “a Dandy swing at the modern American IPA [with] bursts of tropical citrus and passionfruit that play nicely on pillowy soft body of oats, wheat, and barley.”

The new Dandy branding is rolling out now, and more details will be revealed soon on the brewery’s website and social media.