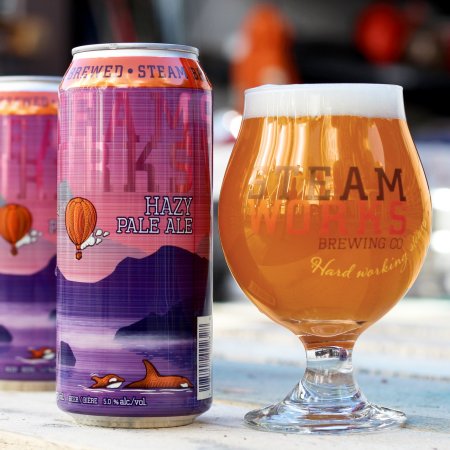 VANCOUVER, BC – Steamworks Brewing has announced the addition of a new beer to its core line-up.

Hazy Pale Ale is available now in 473 ml cans at both Steamworks locations, and starting next week at select private liquor stores throughout British Columbia.