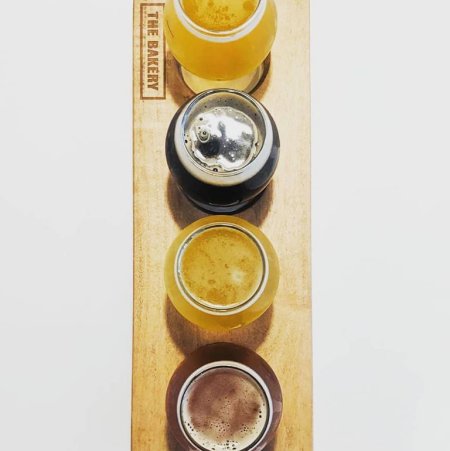 PORT MOODY, BC – A long-planned brewery on the Brewers Row strip in Port Moody, BC has announced that it is now open to the public.

The Bakery Brewing is an off-shoot of Moody Ales that will specialize in sour and wild ales, Bakery beers have been available at Moody Ales on an occasional basis in the past year or so, including a tap takeover last December, but now can be found on tap and in bottles directly at the source.

The philosophy behind Bakery is as follows:

So what can you expect? Well, for starters, a lot of new beers all the time. We brew very small batches here at The Bakery Brewing, and many of the beers you will enjoy have taken many months, some well over a year to be ready. Many of our beers are painstakingly created by blending multiple brews together to get the exact flavours our brewers are looking for before they end up in your glass. it’s all about experimentation and discovery.

The Bakery Brewing is located at 2617 Murray Street, in the former Calabria Bakery building between Moody Ales and The Parkside Brewery. For more details including business hours, see the brewery’s website and Facebook page.

Source: The Growler BC
Photo: The Bakery Brewing Facebook page