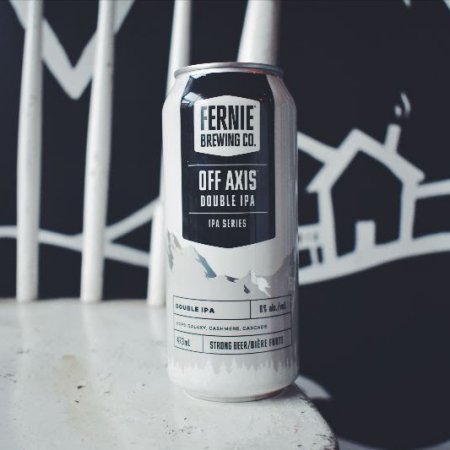 FERNIE, BC – Fernie Brewing has announced the latest release its rotation of limited edition IPAs.

This hazy double IPA is truly unique in our line up, as the only brew that is double dry-hopped. Once at the start, and then again at the end of fermentation. Loaded with Cascade and Galaxy hops giving floral and passionfruit notes, plus Cashmere providing hints of lemon and lime.

Off Axis will be launched on Thursday October 3rd at Fernie Brewing, and will be available in 473 ml cans at select beer retailers in British Columbia, Alberta, Manitoba, and Saskatchewan.