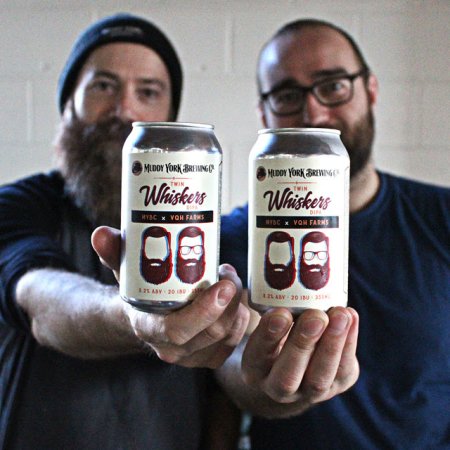 TORONTO, ON – Muddy York Brewing has announced the release of a new collaboration with hop growers VQH Farms.

Twin Whiskers DIPA (8.2% abv) was brewed using Chinook and Centennial hops from VQH, and is described as follows:

Silky and juicy, Twin Whiskers DIPA drinks like an IPA half it’s ABV and exhibits notes of candied mango, vanilla and pineapple. We’re hoping it will win the 2020 Ontario Hop Grower’s Association ON Hops Brewoff and we can hold on to our trophy for another year!

Twin Whiskers is available now on tap and in cans at Muddy York, with cans also available via the brewery’s online store.