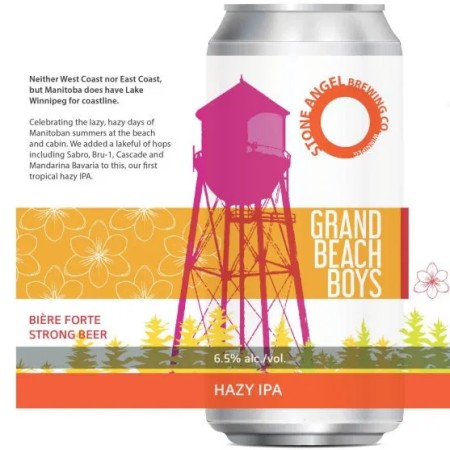 Neither West Coast nor East Coast, but Manitoba does have Lake Winnipeg for coastline. Celebrating the lazy, hazy days of Manitoban summers at the beach and cabin. We added a lakeful of hops including Sabro, Bru-1, Cascade and Mandarina Bavaria to this, our first tropical hazy IPA.

Grand Beach Boys will be available tomorrow (Friday July 24th) in the Stone Angel taproom and retail store, and the brewery will also be hosting a food pop-up by Little Goat.