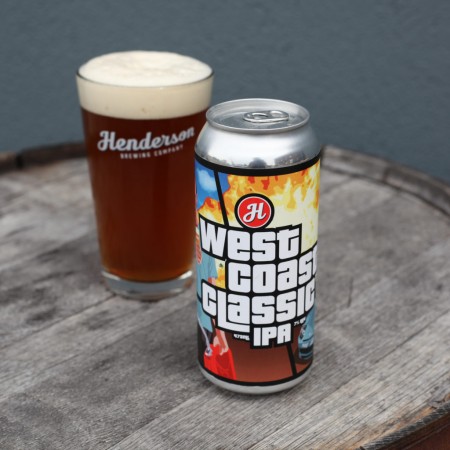 TORONTO, ON – Henderson Brewing has announced the release of a new beer that is a bit of a stylistic throwback, but in a good way.

Our brewer Brian said he wanted to brew an IPA like IPAs used to be: bitter, strong, hoppy. So here’s an old school IPA with classic American hop characteristics such as pine, citrus and spice. Inspired by hip hop radio station “West Coast Classics” from a beloved video game that brings back memories of a time when hard-hitting West Coast IPAs were all the rage.

West Coast Classic is available now in 473 ml cans at the Henderson retail store and online shop while supplies last.