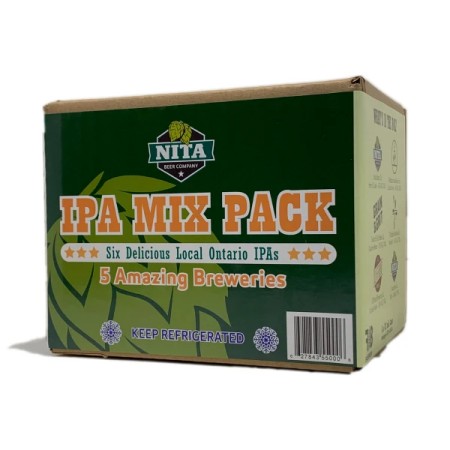 OTTAWA, ON – Nita Beer Co. has announced details of the latest seasonal mixed pack it has organized in conjunction with several other Ontario craft breweries.

The IPA Mixed Pack features contributions from a Nita and four other breweries, including the following beers:

The 6-pack of 473 ml cans can be ordered online for delivery anywhere in Ontario. It will also be available at select Beer Store locations starting March 7th while supplies last.