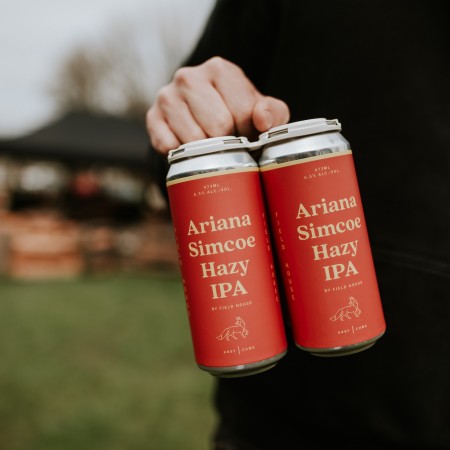 ABBOTSFORD, BC – Field House Brewing has announced the release of a new limited edition IPA.

A modern IPA featuring what has become a modern classic aroma hop, Simcoe, which we paired with Ariana, a new favourite German hop of ours. The softer stone fruit notes of Ariana pair well with the Passion Fruit and resin of Simcoe, creating a balanced and fruity hazy IPA that we can’t get enough of.

Ariana Simcoe Hazy IPA can be pre-ordered now via the Field House online shop, and will be released tomorrow (April 8th) at the brewery retail store.