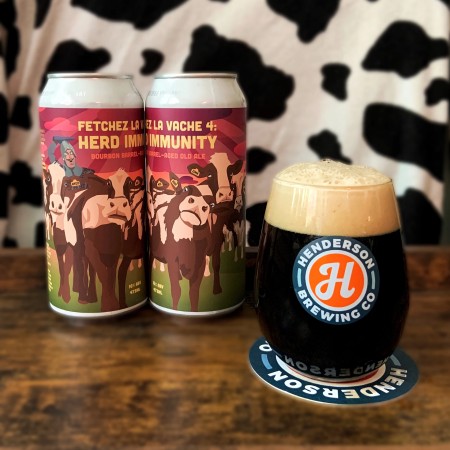 TORONTO, ON – Henderson Brewing has announced the 4th release in an annual series of beers inspired by a classic Monty Python bit.

This Bourbon Barrel Aged Old Ale has notes of sweet bourbon, oak tannins, vanilla, prunes and roses. It was aged for 5 months inside our bourbon barrels, giving it time to soak up the flavour, yet still keep it balanced. This dark old ale will give you warmth and leave your palate lingering with notes of molasses and drying tannins.