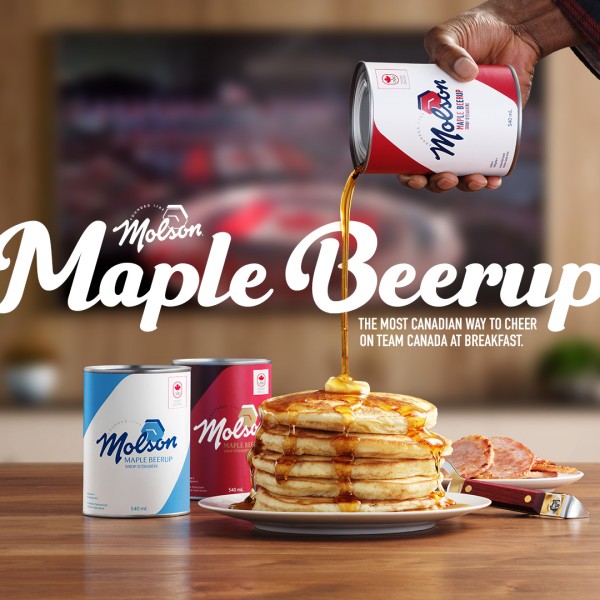 TORONTO, ON – Molson Coors Beverage Company has announced details “a sweet twist on enjoying a Molson during early morning sessions of the Beijing 2022 Olympic Winter Games.”

Molson Maple Beerup is a line of beer-infused maple syrups to be enjoyed at breakfast, a nod to the fact that the majority of the medal ceremonies and finals will taking place 5:00 AM and 10:00 AM in most Canadian time zones.

The series is described as follows:

An entry form for a chance to win a can of Molson Maple Beerup will be available at Molson.ca/BeerUp from February 4th to 17th. Molson will be donating $5.00 for every contest entry (up to a total of $10,000) to the Canadian Olympic Foundation in support of Team Canada athletes.