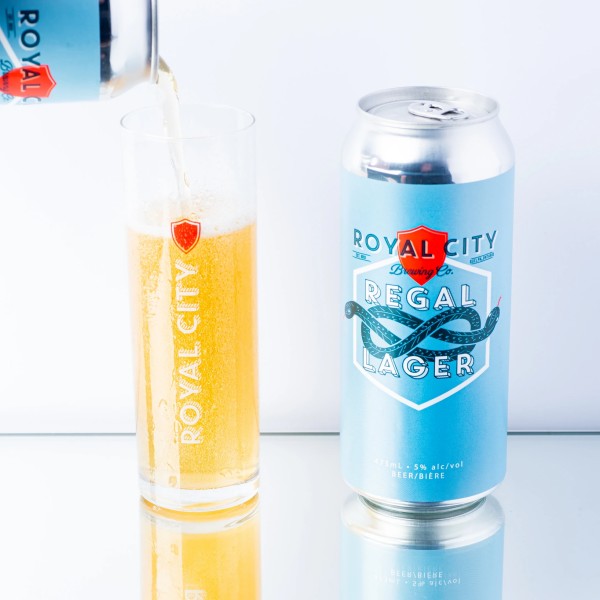 GUELPH, ON – Royal City Brewing has announced that it is taking advantage of its brewhouse being temporarily shut down due to a brewery expansion to “make a few really great lagers, as the longer fermentation process takes up tank space compared to ales that are quicker to turn around.”

First to be released is a returning favourite, the palindromically-named Regal Lager (5% abv):

Forwards or backwards, Regal Lager is an easy-drinking Continental-style lager, modeled after our favourite beers from central Europe. This style of lager is characterized by its pale complexion and a light hop and malt profile; they’re typically less “bready” than a Helles and less bitter than a Pilsner.