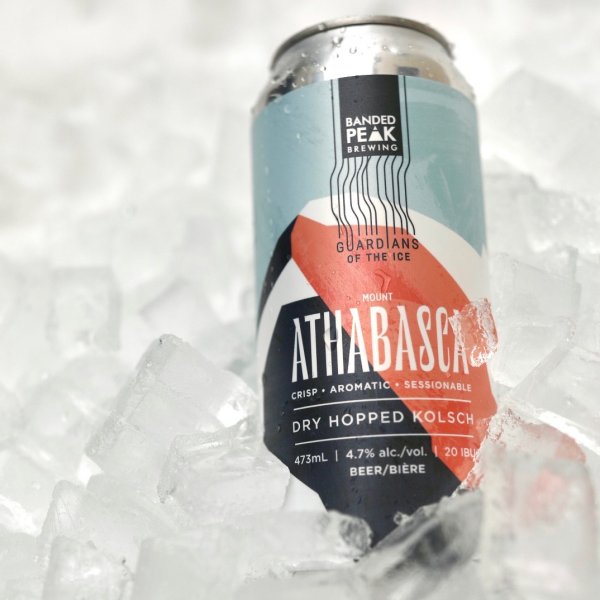 CALGARY, AB – Banded Peak Brewing has announced the latest in its series of beers in support of Guardians of the Ice (GOTI), a non-profit organization with a mission to “inspire dynamic environmental stewardship on behalf of the rapidly retreating Columbia Icefield (Canadian Rockies) and its watersheds, leading to a low-carbon future for the whole planet.”

Mount Athabasca Dry Hopped Kolsch (4.7% abv) is the third of twelve beers that will be released in the series, each of them named after a different peak in the Icefield.

The release will be marked with “an evening of candid conversation, education, beer tasting and Q&A” at The Hemingway Room on Thursday March 31st, featuring GOTI founder Jim Elzinga, Banded Peak brewer Erick Hollstedt, and keynote speaker Kylee Toth from the Canadian Ski Mountaineering team. Tickets for the event can be booked online for $10, which includes a beverage and a donation to GOTI.

Mount Athabasca Dry Hopped Kolsch is available now at the Banded Peak retail store and online shop, and select beer retailers in Alberta. $2 from every four-pack sold will be donated to support Guardians of the Ice.