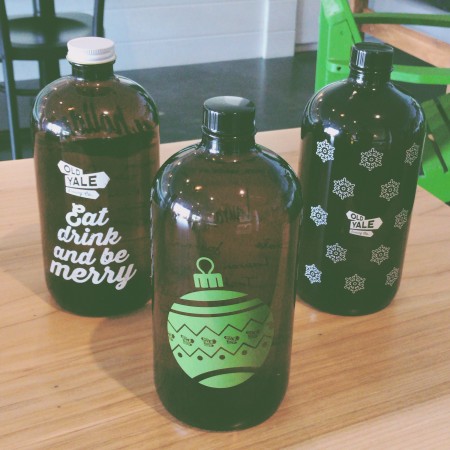 CHILLIWACK, BC – Old Yale Brewing has announced the third annual edition of 12 Days of Beermas, a series of extremely limited beers that will be released exclusively at the brewery taproom starting later this week.

Announced on social media at 11:00 AM and released at 4:00 PM daily from December 12th to 23rd, the beers will be available only to customers who have an Old Yale Beermas 32 oz growler – either one kept from the 2016 and 2017 series, or one of the 60 that are available to purchase this year for $10.

Each beer will be available for $9 per fill, limited to one fill of each beer per person on a first come, first served basis.

For more details, see the full announcement on the Old Yale website.