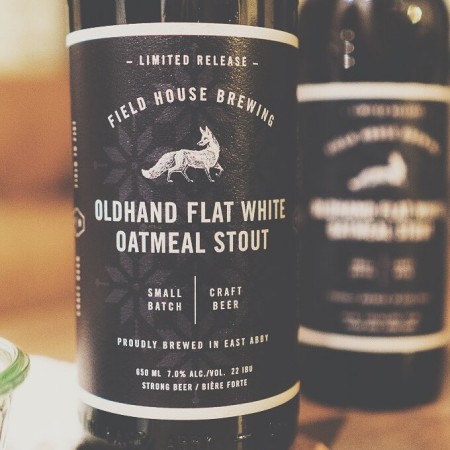 ABBOTSFORD, BC – Field House Brewing has announced the release of a new limited edition beer brewed in collaboration with local cafe and bakery Oldhand Coffee.

Beer and coffee share an attention to craft like few other industries. We’ve partnered with our neighbourhood friends at Oldhand Coffee to bring you this flat white inspired brew. An oatmeal stout base is rounded out with lactose and vanilla, then conditioned on whole coffee beans.

Flat White Oatmeal Stout is available now at Field House on tap and in bottles, with distribution to select private liquor stores following next week.