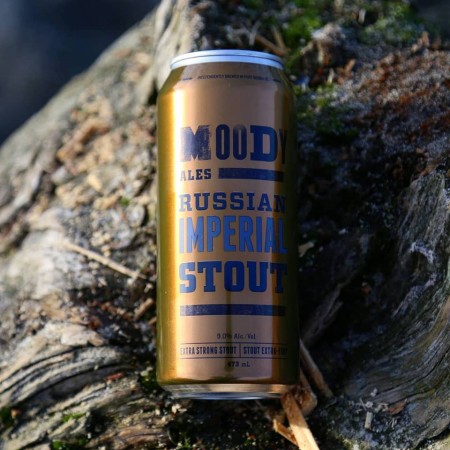 VANCOUVER, BC – Moody Ales has announced the release of the latest vintage of an annual winter seasonal.

Our Russian Imperial Stout is brewed in the English tradition – high gravity and highly hopped to balance the sweetness of all that malt, this style was brewed for export to Baltic states and Russia. Why imperial? It is said that it was popular with the Russian Imperial Court. This is a complex beer that drinks smooth and is best enjoyed after it warms up a bit.