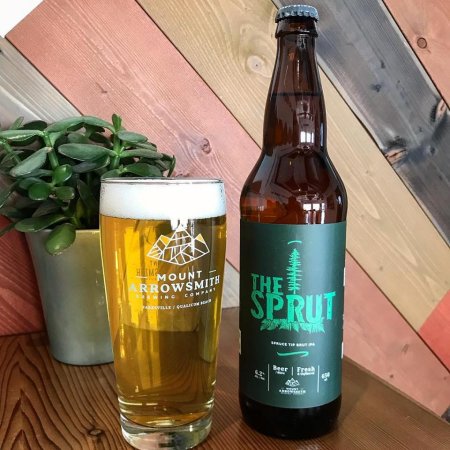 PARKSVILLE, BC – Mount Arrowsmith Brewing has announced the release of a new limited edition beer.

The Sprut (6.2% abv, 25 IBU) is described as “a deliciously light, crisp, and dry Brut IPA brewed with a healthy dose of Vancouver Island Spruce Tips resulting in a true West Coast spin on a new IPA style.”

The Sprut is available now in 650 ml bottles and on tap at Mount Arrowsmith, with bottles also available at select private liquor stores.