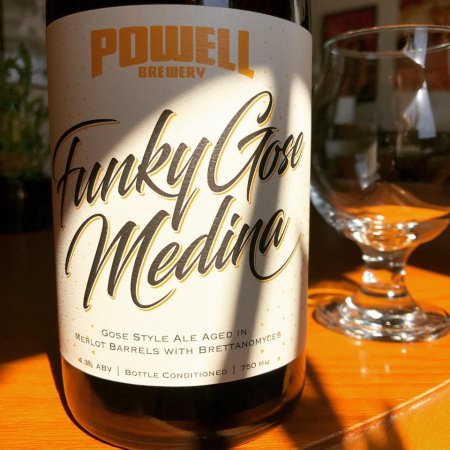 VANCOUVER, BC – Powell Brewery has announced return of a limited edition beer that was originally available in October 2017.

Funky Gose Medina (4.3% abv, 8 IBU) is a Gose-style ale aged in Merlot barrels with Brettanomyces, and is described as follows:

A traditional wheat ale originating from Goslar, Germany. Light and refreshing with notes of lemon balm, salt, and pepper which lead into a velvety mouthfeel with back notes of melon and Brett Funk.