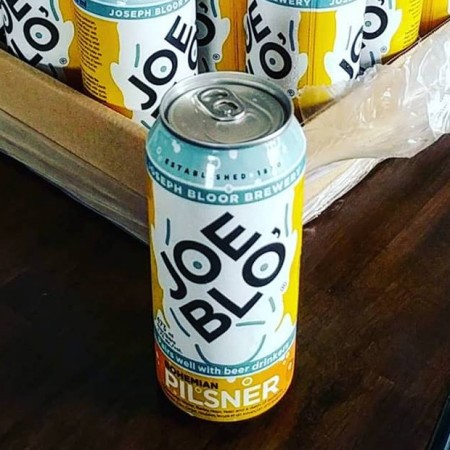 TORONTO, ON – A brewing company that pays tribute to one of Toronto’s earliest commercial brewers has announced the release of its first brand.

Joseph Bloor Brewery – a subsidiary of food and beverage company Canuck Brands Ltd. – is named after a Victorian businessman, landowner, and philanthropist who operated a brewery from 1830 to 1843 in the Rosedale Valley near the intersection of Sherbourne Street and First Concession Road, the latter now known as Bloor Street.

Currently brewing at Railway City Brewing in St. Thomas while scouting for a permanent home in Toronto – although as the owners jokingly note, they expect to be “unsuccessful in convincing the City to allow us to build on the original brewery site” – Joseph Bloor has launched with Joe Blo’ Bohemian Pilsner (4.7% abv, 30 IBU) which is described as follows:

Joe Blo’ has been available at select licensees on a limited basis since last summer, and is now being distributed more widely via LCBO Online, with Beer Store and grocery sales to follow soon. Additional brands including 1830 Brown Ale and Yorkville Pale Ale are planned for future release.