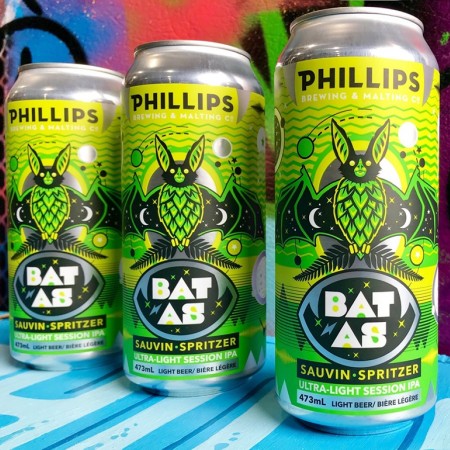 VICTORIA, BC – Phillips Brewing has announced the release of its newest limited edition seasonal beer.

Bat As Sauvin Spritzer (3.9% abv) is a session IPA described as follows:

Bat As is available now in 473 ml cans at Phillips and select private liquor retailers in British Columbia while supplies last.