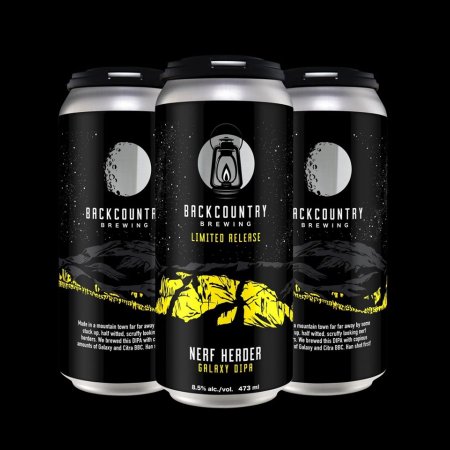 SQUAMISH, BC – Backcountry Brewing has announced the release of a new beer inspired by this week’s release of the latest Star Wars film.

Made in mountain town far far away by some stuck up, half witted, scruffy looking nerf herders. We brewed this DIPA with copious amounts of Galaxy and Citra BBC. Han shot first!⁠

Nerf Herder⁠ is available now in 473 ml cans and on tap exclusively at the Backcountry taproom and retail store.