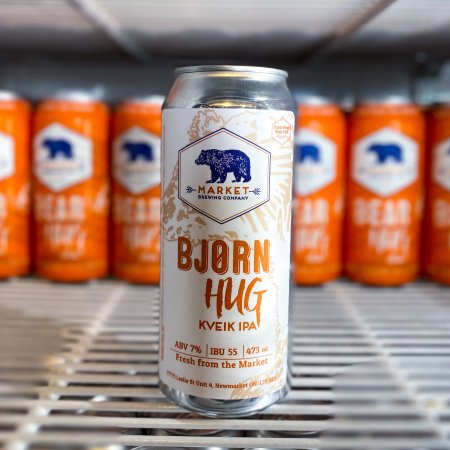 NEWMARKET, ON – Market Brewing has announced the release of a new variant on one of its flagship beers.

We brewed our beloved Bear Hug IPA with Escarpment Lab’s Hornindal Norwegian Kveik Yeast. This yeast ferments warmer and faster, bumping up the pineapple, tangerine, and evergreen notes of Bear Hug. This version is danker, hazier, and juicier. Dry-hopped with El Dorado, Amarillo, and Columbus.

Bjørn Hug is available now in 473 ml cans and on tap at Market Brewing.