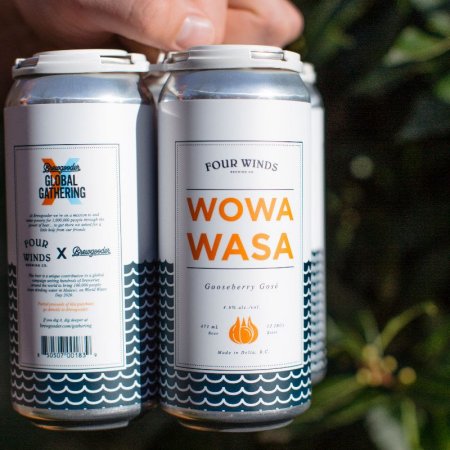 DELTA, BC – Four Winds Brewing has announced the release of a new beer in support of Brewgooder, a charity campaign that is aiming to build wells for 100,000 people in Malawi.

Wowawasa Gooseberry Gose (4.6% abv) is named after “the Chichewa word for ‘sour’ which perfectly suits this light, tart, herbaceous ale.”

Wowawasa is available now in 473 ml cans at the Four Winds retail store and online shop, and will be shipping next week to select private liquor stores in British Columbia. Partial proceeds will go to support Brewgooder.