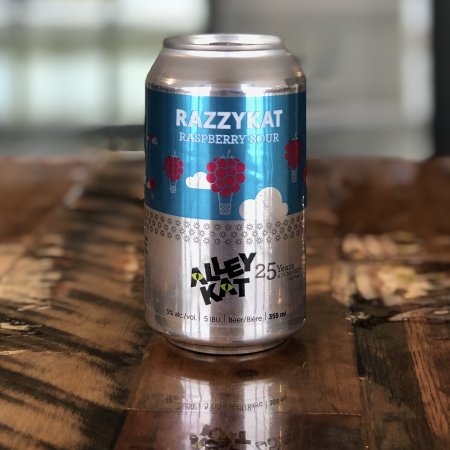 EDMONTON, AB – Alley Kat Brewing has announced that a long-retired seasonal favourite from its back catalogue is making a return to mark the brewery’s 25th anniversary.

Natural raspberry puree gives this refreshing wheat beer a balanced sweet and sour raspberry flavour, aroma, and summery pink hue. In a normal year, RazzyKat would be the ideal beer to take to the lake, enjoy on a patio, or share with friends at a barbecue. While physical distancing and self-isolation continue, RazzyKat should be enjoyed responsibly at home, whether in backyards, on apartment balconies, or just sitting in a sunbeam on the couch.

RazzyKat will be released tomorrow (April 2nd), and will be available in 355 ml cans at the brewery, via home delivery, and at select beer retailers in Alberta.