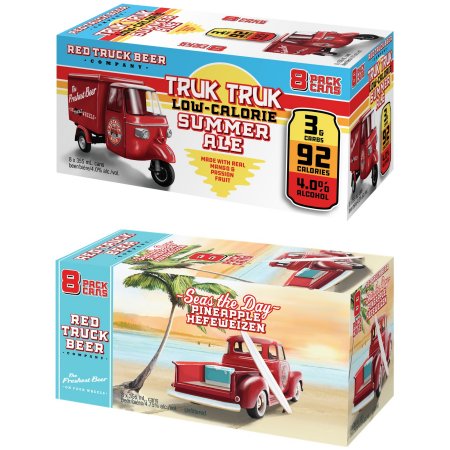 VANCOUVER, BC – Red Truck Beer Company has announced the release of two new seasonal beers and a pair of mixer packs for the warmer weather ahead.

Truk Truk Summer Ale (4% abv) is a “light craft ale which packs a burst of mango and passionfruit,” and Seas The Day Pineapple Hefeweizen (4.7% abv) is “beautifully crafted and true to the style, blending subtle clove and banana notes with the perfect amount of pineapple.” 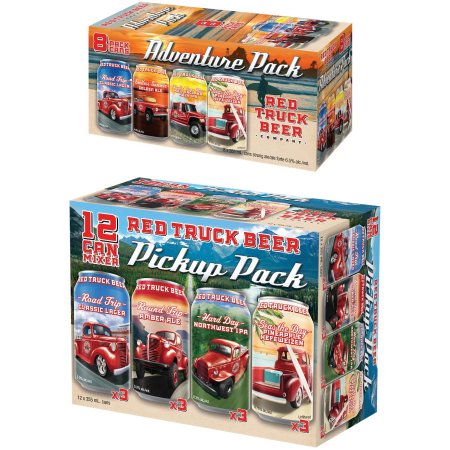 In addition to its stand-alone release, Seas The Day also shows up in two new seasonal samplers – the 8-can Adventure Pack alongside Road Trip Classic Lager, Haulin’ Some Mass New England IPA, and Endless Summer Golden Ale; and the 12-can Pickup Pack with Road Trip Lager, Round Trip Amber Ale, and Hard Day Northwest IPA.