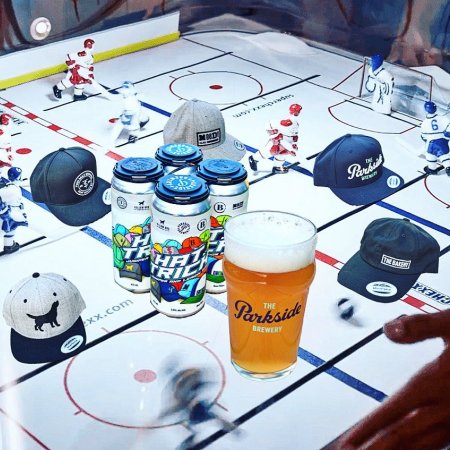 PORT MOODY, BC – Parkside Brewery, Twin Sails Brewing, Yellow Dog Brewing, Moody Ales, and The Bakery Brewing – all located on a short stretch of Murray Street in Port Moody known as Brewers’ Row – have announced the release of a new collaboration beer for charity.

Hat Trick Juniper & Lemon Sour (5.6% abv) is described as a “refreshingly tart ale [that] intertwines fresh lemon zest with juniper berries to create a thirst-quenching and crushable sour perfect for sunny days, lonely nights and whenever hockey comes back.”

Hat Trick is available now at the Parkside Brewery retail shop and online store, and at select liquor stores next week. Proceeds will go to the Canucks Autism Network, an organization founded by the owners of the Vancouver Canucks to provide programs and support to individuals with autism and their families.