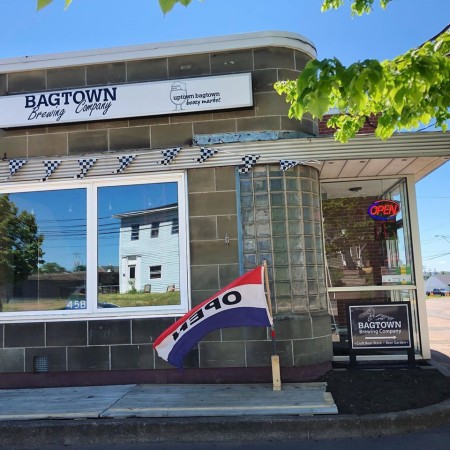 SACKVILLE, NB – Bagtown Brewing, a nanobrewery that was opened in 2017 by group of commerce students at Mount Allison University in Sackville, New Brunswick, has reopened after a six month hiatus in a new and larger facility.

The new location officially opened on June 20th, and in addition to selling Bagtown beers, the retail shop – which is operating under the name Uptown Bagtown Boozy Market – also stocks a selection of beers from other New Brunswick craft breweries, as allowed under legislation introduced last month.

The new Bagtown Brewing brewery and retail store is located at 45 Main Street in Sackville, just across the street from its original location. Business hours are currently 12:00 noon to 6:00 PM on Friday, and 9:00 AM to 3:00 PM on Saturday.