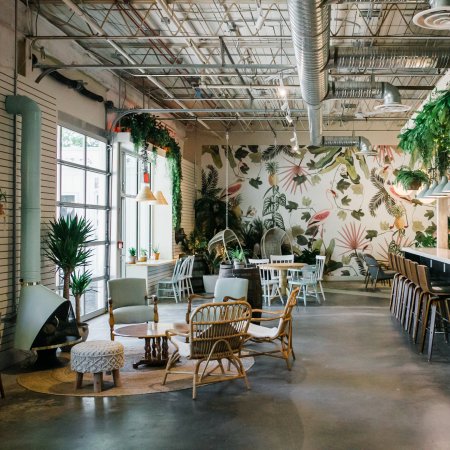 SAINT-BONIFACE, MB – After two tumultuous years that have seen them operating out of three different locations, Kilter Brewing has announced the official opening of its taproom in Saint-Boniface, a historic Franco-Manitoban neighbourhood in Winnipeg.

Kilter was launched in early 2018 by brothers Miguel, Julien, and Jerik Cloutier, with plans to open in Winnipeg later that year. Brewing started on a pilot system at One Great City Brewing while they prepared to move into a space in the city’s West Broadway/Wolseley neighbourhood, but that location fell through, and the brothers shifted their operations to Stone Angel Brewing while they regrouped and started scouting for another suitable spot.

That spot was found late last year, and the first beers brewed there were released in early May for delivery and pick-up orders while COVID-19 restrictions were in place and work on the taproom was completed.

The taproom launched last weekend with a series of ticketed sessions, and is now open for walk-in visits, albeit with social distancing protocols to ensure the safety of all customers and staff. A selection of Kilter beers are available by the glass and flight at the bar, and in cans to go.

Kilter Brewing is located at 450 Rue Deschambault in Saint-Boniface, and is open from Wednesday to Sunday. For more details including full business hours, see the Kilter website.