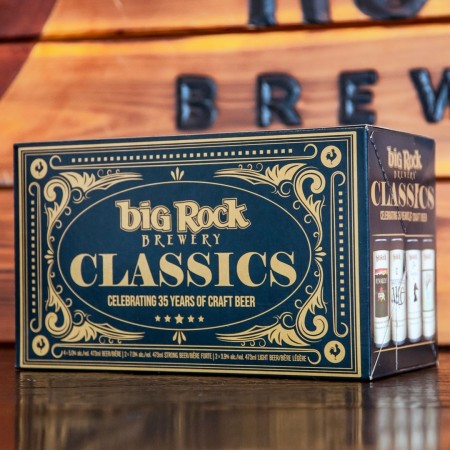 CALGARY, AB – Big Rock Brewery has announced that it is marking the 35th anniversary of its original Calgary brewery with a new mixed pack that features a long-running core brand alongside the return of three retired beers.

Big Rock Classics is an 8-pack of 473 ml cans that includes the following:

Canvasback Ale (5% abv) – A golden ale from the brewery’s early days that was a fundraising beer for Ducks Unlimited.

McNally’s Extra (7% abv) – A strong Irish red ale that was named one of the best in its style by legendary beer writer Michael Jackson.