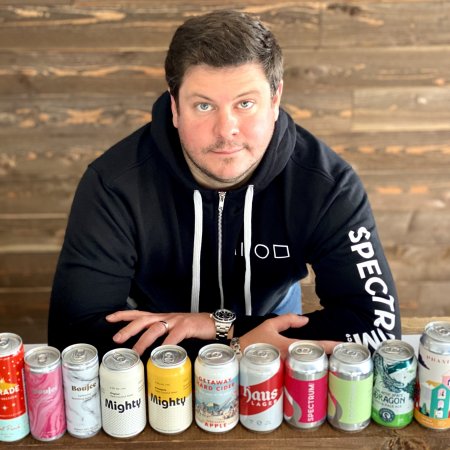 VANCOUVER, BC – The short and complicated history a Vancouver brewing facility has taken another turn, with the purchase of TBA Beverage Co. and all affiliated brands by the newly formed MOD Beverage Inc.

TBA was founded in 2017 as Factory Brewing with a focus on contract and partner brewing. It changed its name to Craft Collective Beerworks in 2018, at the same time that several house brands including Haus Lager and Spectrum Beer were launched alongside the facility’s contract/partner brewing operations.

A further name change took place early this year, when Craft Collective was rebranded as TBA Beverage Co. This was soon followed by an announcement that the company was looking for investment or sale of assets in order to stay afloat.

MOD Beverage Inc. has been established by CEO Alex Milne and president Paul Mroczek (pictured), and has acquired all assets of TBA including its brewing facility; the previously mentioned Haus and Spectrum brands; the Phantom Beer line; the rights to produce and distribute beers from Tukwilla, WA’s Odin Brewing in Canada; and several other non-beer beverage brands.

“We see MOD as a way to merge the large-scale distribution model of a Diageo or a MolsonCoors with the quality and imagination of the craft breweries that we love,” says Mroczek in a statement. “We’re really all about getting great brands and great products to as many Canadians as possible – beer, wine, cider, you name it.”