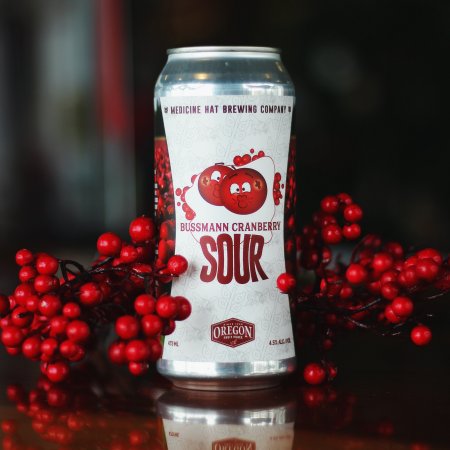 MEDICINE HAT, AB – Medicine Hat Brewing has announced details of three December releases that are out now or soon to come.

Bussmann Cranberry Sour (4.5% abv) was re-released on December 1st, and has the following story behind it:

Oregon Fruit Products and Medicine Hat Brewing Company are proud to collaborate to bring you Bussmann Cranberries in this holiday creation. In every great beer is great ingredients. From the malt, to the hops, to the fruit, it is all part of crafting a delicious beverage. With both companies sharing a long history for quality, they were inspired by a fruit with an equally rich history: The cranberry. And they knew just the farmer. Before the Bussmann family started growing cranberries in Sixes, OR, named in Chinook Jargon for the word “friend,” this prized fruit was known as a common delicacy that indigenous people shared with explorers throughout North America. To this day, the cranberry still has an extraordinary way of gathering people together as it remains a staple of holiday celebrations and family functions. 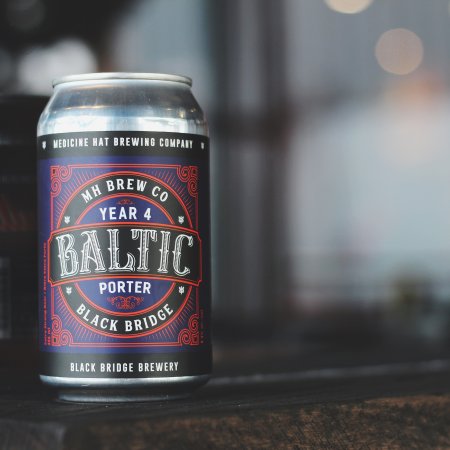 Year 4 Baltic Porter (9.3% abv) was released December 10th to mark the 4th anniversary of the first brew day at Medicine Hat, and is described as follows:

Brewmaster Mitch and Black Bridge Brewmaster Clayton love a challenge. Baltic Porter is a rarity on the prairies so they took on the arduous task of developing this malty brew with hints of dried fruit and a light kiss of dark chocolate in the finish. Poring over the stories of Medicine Hat and its historical breweries taught us a few things about time, and all the wonderful change it brings. Our Vault Series is about finding those few timeless styles worth preserving precisely as they are. 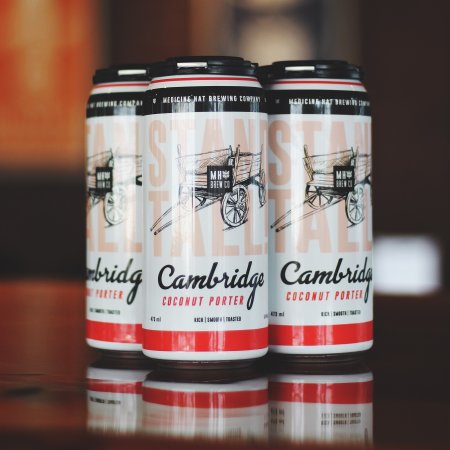 Cambridge Coconut Porter (5.4% abv) will be returning next Tuesday December 15th, and has the following notes:

Medicine Hat’s first traffic jam may well have occurred on East Toronto Street in 1912. Trudging through the rain and mud, Reverend Morrow came upon a man flogging his horse, urging it through the inclement weather. Speaking up, the Reverend asked the man to halt his cruelty. When met with hostility from the carriage driver, the Reverend stood tall, made peace with his profession, and promptly dropped the man with one blow. Enjoy this rich porter infused with notes of toasted coconut and cocoa to get you through even the most trying of storms.