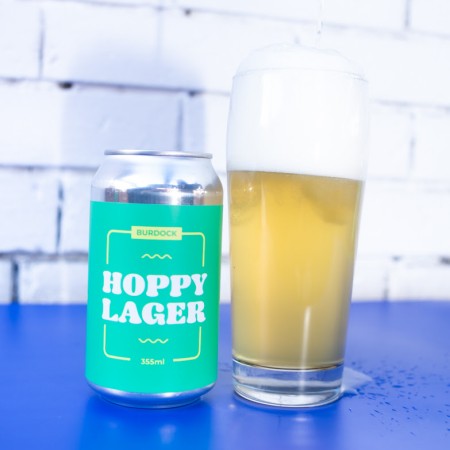 TORONTO, ON – Burdock Brewery has announced the release of a new beer with a self-explanatory name.

Hoppy Lager is a hoppy lager (surprise) that was dry-hopped with Citra & Sabro, two of the most notorious hops in our cupboard. True to its name, it has a real cool hop profile that is unlike any beer we’ve ever made before. When we say cool we don’t mean like fidget-spinner cool, but temperature cool. It’s in the green/blue flavour zone with subtle notes of lime and cucumber (yeah). This is an all purpose drinking lager, and although it’s self-declared hoppy, it’s by no means over the top hoppy (somewhere near the lower-mid section of the top). If you’re into lagers and chill hoppy beers, you’re going to love this hoppy lager.

Hoppy Lager is available now at the Burdock retail shop and online store.