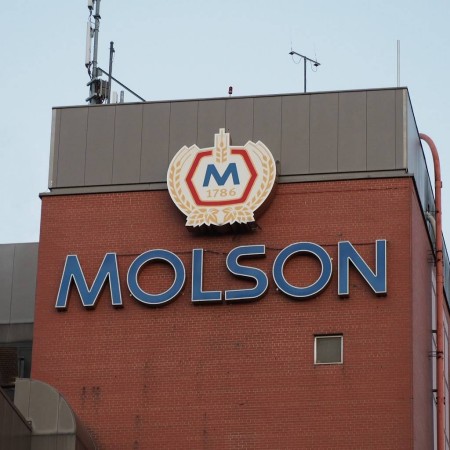 TORONTO, ON – Employees at the Molson Coors plant on Carlingview Drive in west Toronto are reporting that they have been locked out following a union vote rejecting a contract offer from the company.

Negotiations between Molson Coors and the Canadian Union of Brewery and General Workers Local 325 started in late October 2020, but reached an impasse earlier this month.

The company tabled a “best and final offer” on February 10th, and union members voted on February 18th and 19th, resulting in a decision to reject the offer. This led to Molson Coors locking out employees late in the evening of February 19th.

While neither party has released an official statement regarding the vote and lockout, several employees tweeted about being locked out over night, and the union has scheduled a Zoom meeting for its members tomorrow (February 21st).

The following statement has been provided to CBN by Frédéric Bourgeois-LeBlanc, Senior Specialist, Corporate Communications at Molson-Coors:

Molson Coors has a long history of providing well-paying jobs that help our employees support themselves and their families. We are offering our Toronto employees a competitive wage, annual pay increases and a more valuable retirement benefit for most employees in the next contract. We are disappointed that we have not been able to reach an agreement on this generous offer to our Local 325 employees. Given that our contract with Local 325 has expired and given the union’s unwillingness to agree to terms which will permit us to sustain and grow our Toronto operations, we have implemented a contingency plan to ensure the Toronto brewery will remain open and we will continue to brew, package and ship beer to meet consumer demand.

The Toronto Star has published an article about the lockout which includes quotes from Local 325 president Gaurav Sharma:

In an interview from a picket line outside the west-end brewery, [Sharma] said he was disappointed and surprised by the company’s decision to lock out its packaging, warehouse and brewery workers.

“We were surprised. We were making progress on the issues,” said Sharma, adding that he’s optimistic Molson won’t bring in replacement workers, as the company had been planning to do during a 2017 strike.

“I’m hopeful it won’t get to that stage,” said Sharma, who added that the brewery typically has six to eight weeks worth of inventory on hand. The company could also shift production to breweries elsewhere in the country to make up any slack, he said.

Further details will be added to this report as they become available.