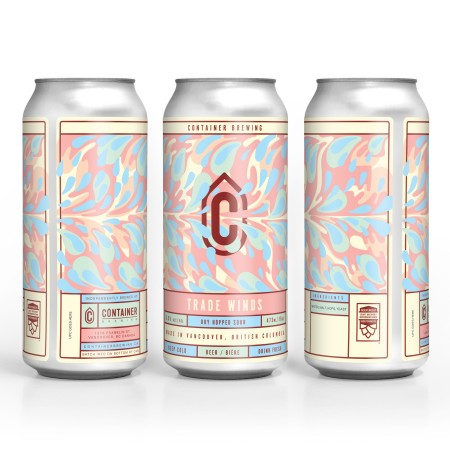 VANCOUVER, BC – Container Brewing has announced the next release in its ongoing series of sour ales.

Blending plenty of fruit forward hop varietals, including Azacca, Ekuanot and Ella with just the right amount of tartness, this refreshing mixed culture fermentation is sure to quench your thirst and satisfy your craving for mouth puckering hoppy goodness. Like Be Right Back and Rosales Noir before it, our sours are “true” sours, not kettle sours, giving a much more complex depth of flavor, and a more natural tasting beer.

Trade Winds will be released on Thursday February 25th at the Container retail store and online shop, and will start shipping next week to select beer retailers throughout British Columbia.