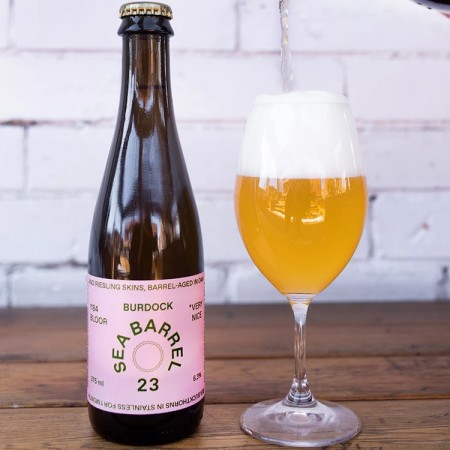 TORONTO, ON – Burdock Brewery has announced the release of its latest limited edition barrel-aged ale.

You know what they say – the tinier the fruit, the tastier the beer. And if what they (us) say is true (it is), then Sea Barrel 23 is one of the tastiest. Aged on Chardonnay skins, Riesling skins, and a whole whack of primo little Sea Buckthorns, this beer is zippy, tangalicious and bursting with bright orange sunshine flavour.

Sea Barrel 23 is available now at the Burdock retail shop and online store.