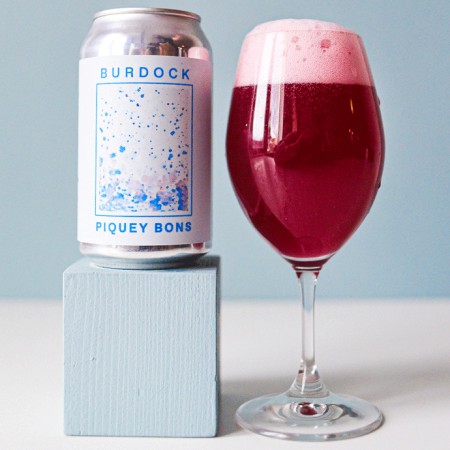 TORONTO, ON – Burdock Brewery has announced a new release inspired by piquette, a lower-alcohol beverage made using the pomace left over after grapes have been pressed for wine.

We reused-reused (triple used) Niagara Cab Franc skins that were previously resting with barrel-aged beer, then (in true piquette fashion) ran filtered deoxygenated water overtop. Macerating with the skins for 15 days, the water extracts a different profile out of grape skins than sour beer does. The result is lighter in body than our usual grape ales with much brighter fruit character (read: it’s wine time). Can-conditioned for microbubble enjoyment, Piquey Bons has delightful acidity combined with vibrant purple freezie flavour. Drinks like an even more crushable version of our fan fav series Good Grapes. Disclaimer: there’s definitely still a lot of beer in this beer (left over from the previous batch the skins were macerating with – read: not gluten free).

Piquey Bons is available now at the Burdock retail shop and online store.