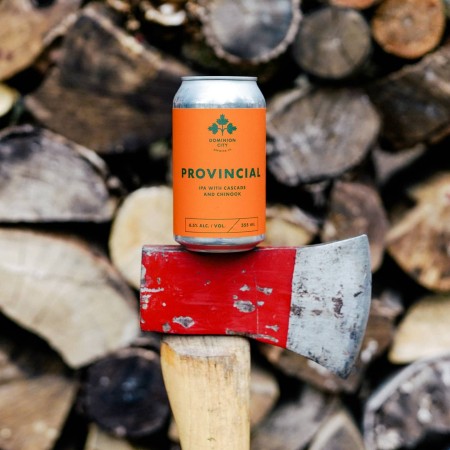 OTTAWA, ON – Dominion City Brewing has announced the release of its latest locally inspired beer.

This India Pale Ale showcases Canadian-grown Cascade and Chinook hops. At its best, beer can tell you something about the people and the land that make it possible. Provincial IPA is part of our ongoing quest to create beer reflective of our region featuring locally-sourced ingredients.